The Importance Of Using Groundnut Oil Cakes As Animal Feed 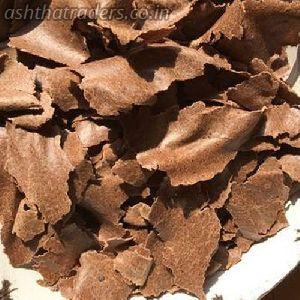 Animal feed groundnut oil cake is packed with carbohydrates, oils, and fats followed by proteins. They are also rich in minerals and vitamins all of which contribute towards the healthy functioning of the animal’s metabolism procedure.

Groundnut Oil Cakes is a Rich Source of Energy

The groundnut oil cakes have been studied and found to have been the richest source of protein and energy both of which are extremely essential for different types of livestock. Groundnut oil cakes are one of those important food items which contain a high level of protein and minerals. These proteins and minerals are an integral aspect of body tissue repair and replenishment. Animals require sufficient amounts of protein for healthy growth.

• The groundnut oil cake is the best and most reliable when it comes to protein supplements for livestock. No wonder, why they are widely used by the various cattle owners.

• Some of the primary adulterants present in the groundnut oil cake are:

• The protein content in groundnut oil cake is about 45%. The oil cake lacks methionine, cysteine followed by lysine. However, it is the best source of both calcium and Vitamin B12 for the animals.

How Are Groundnut Oil Cake Processed?

When the manufacturers of animal feed groundnut oil cakes have to eliminate toxic substances and pack them with nutritional values, they ensure to raise the temperature during the pelletising process of the groundnut oil cake.

Animal feed groundnut oil cake West Bengal makes for the ideal supplement for livestock. They are processed for animal feed mainly because of their oil content, important micronutrients, and fat protein all of which are essential for the overall growth and development of the animals.

This entry was posted on September, 24, 2021 at 16 : 54 pm and is filed under Uses of Groundnut Oil Cakes. You can follow any responses to this entry through the RSS 2.0 feed. You can leave a response from your own site.