Soya Bean And Its Products In Agriculture 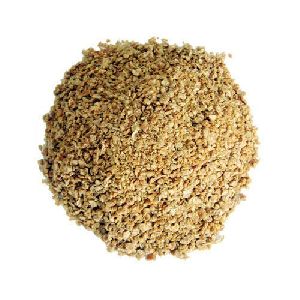 The soybean or soya bean is a species of legume, that is the fruit or seed of a plant belonging to the Fabaceae family. The soya bean is native to eastern Asia, it is widely grown for the edible bean it produce. The soya bean has numerous application in culinary arts. A soya bean meal is a cheap and quite significant source of protein and can be treated as a dairy and meat substitute.


Soya bean has traditional unfermented food uses such as soy milk and its further production is tofu. There are also many fermented soy foods, the most popular of them is soy sauce. Another food product produced from processing the soya bean crop is soy vegetable oil.


This oil possesses a higher smoking point and therefore it is used for various cooking done at high temperature. The composition of soya bean oil contains polyunsaturated fats in a large quantity, that helps in lowering cholesterol level which is good for the heart. Soya bean oil can be easily replaced by any of the other cooking oils and can be applied to any recipe.


The organisms absorb soya bean protein and increase their biological values concerning animal protein. Since the oil cakes bear a higher level of energy and protein, these oil cakes help in the generation of a high energetic ratio and high protein without the use of any expensive fat.


The inclusion of 1 to 2 kilograms of soya bean oil cakes in the diet of dairy cows increases the yield of milk up to 1.5 to 2 litres. Again, the soya bean oil cakes are beneficial to the hens as well. The egg production of the laying hens increases up to 22 to 30 per cent. The growth of chicken and pigs increases by 7% and 5% respectively.

These organically cultivated oil cakes are demanded for their high protein constituency. These organic soya de-oiled cakes retain moisture of 10 per cent with a shelf life of 1 year. These oil cakes have their application as cattle feed.

This entry was posted on June, 18, 2021 at 12 : 48 pm and is filed under Organic Products. You can follow any responses to this entry through the RSS 2.0 feed. You can leave a response from your own site.